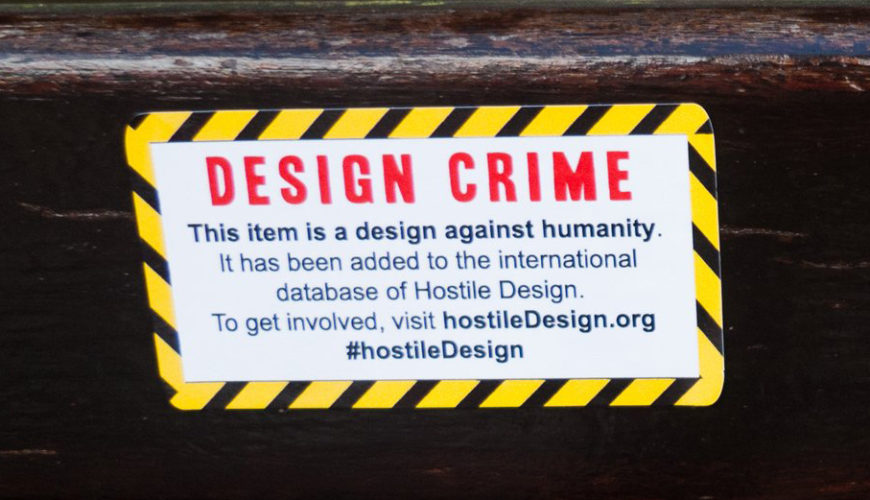 There is no stage without a backstage. Next to the shining facade of our glamorous centres, poverty remains hidden, often pushed into controlled, circumscribed territories that form the so-called no-go zones. As long as poverty stays quarantined, it can be accepted in the grand dome of spectacle as an exotic destination for adventurous flâneurs and VICE’s journalists.

However, there is an urban leak. Poverty slips out of its zone and contaminates urban purity. Poor messengers diffuse misery into glamorous territories, causing complaints of honourable gentlemen who protest against the sad sight that violates beauty standards, disrupts a coherent consumption line of pleasure, brings down the prices of real estate and damages business.

So these gentlemen try to come up with subtle ways to get rid of the leak. And, boy, don’t they come up with great ideas! Nails on headboards and spikes on ledges, sloping benches split in half by iron arms, so that one can sit but not lay flat. All these inspirations have been called «defensive designs».

I did not expect to find such «defences” in Malmo, a city proud of its integrating urban design and policies. But there are many, even though they are hard to notice. For example, in the train stops of Malmo C, next to the tracks and wagons that smoothly drop/absorb a flowing multitude, one will find some unfriendly benches. The defensive trait of these benches is to be found on their sloppy, sliding base. While sited you gradually slide. And definitely you cannot lay flat without falling.

These are defences against whom? Probably the “invasive” homeless who would seek an underground, warm shelter; somewhere to lay down and rest. But as the market logic dictates, a train station cannot welcome stability. It is a matrix of flow and movement. Poverty could join the party, as long as it moves and gets absorbed in constant flow and digested by urban velocity. 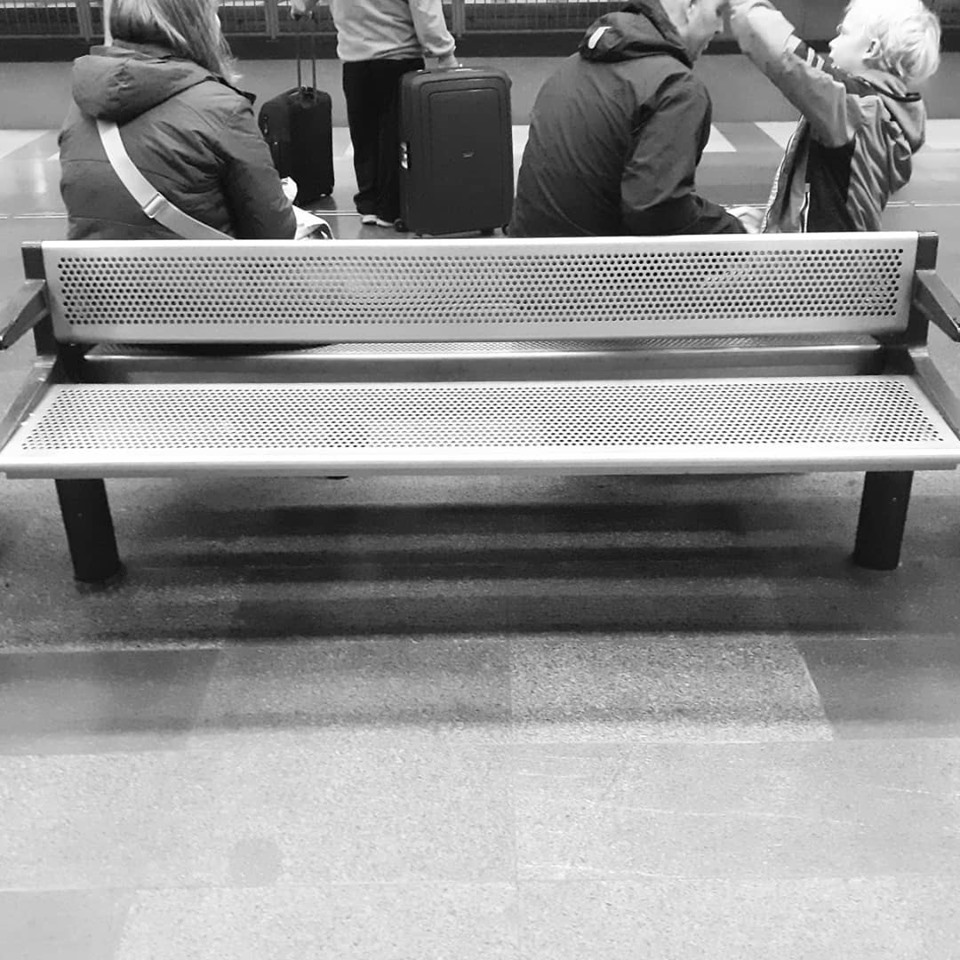 A guy named Stuart Semple realised the cynicism of these designs and planned a counterattack.​​ He rebranded all these bad-hearted inspirations as «hostile designs”. Moreover, he created «design crime» stickers and distributes them to anyone who has detected and wants to label such a design. He finally invites us to photograph and tag them on social media using the hashtag #hostiledesign.

Behind the battles over the name and character of these sneaky designs lies the dialogue about the essence of public space. Who owns it? Who is entitled to it? Is it open to everyone or simply to those that fall into the norm? And who forms the norm? What kind of public man our public spaces form? What are we allowed to do and what is subtly prohibited? How do we understand public space and what potentials are there in it?