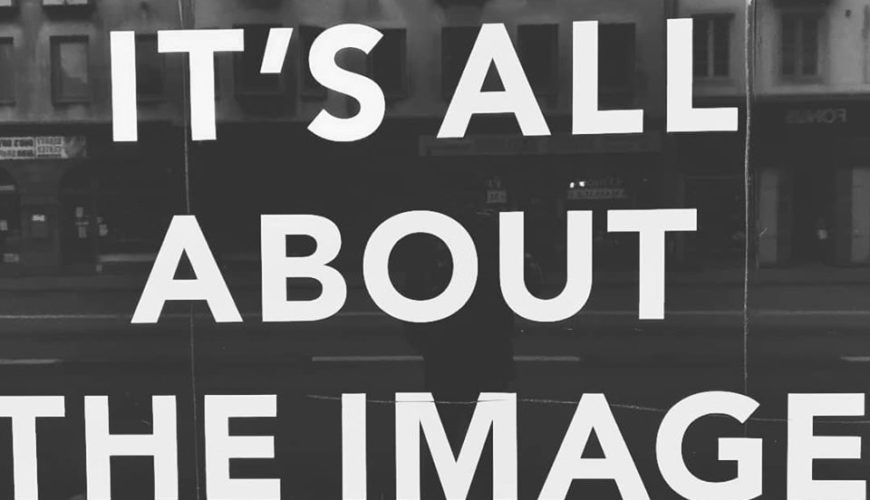 I can’t get no satisfaction.
Mick Jagger

Most of us keep our daily dream dose providers in close distance. We simply have to activate our data, keep our eyes glued on our screen while our fingers scroll down to infinity. Frame after frame we over-consume and digest an unstoppable flow of pleasure scenes.

Filtered smiles on exotic backgrounds, tanned feet in golden sand, shinning teeth in front of tasteful burgers, exhausted travellers on Peak XV, camel riders in the dry desert of Morocco. Our social network is full of people, including ourselves, that feel obliged to demonstrate their share of joy and glamour. How did we get into this?

There is a scene in an Antonioni’s film, called “Blow Up” that helps one grasp the nature of desire. One of the main characters finds himself in a rock concert, where he manages to get a piece of a guitar, smashed by a passionate musician. He faces the rest of the audience who want the same piece but he successfully escapes them. The moment he is out of that envious human pool, he throws the piece away, as if his desire has been evaporated. Antonioni got it right. Our desire is formulated and sustained by others. We desire what other people desire, we dream of what other people dream, just as we yawn when people around us yawn.

The social atmosphere has changed a lot since 1966, when Antonioni shot “Blow Up». Now the dream factory can provide even bigger quantities of radical pleasure. We are all invited to have a piece of the guitar. The inclusive regime of consumption dictates pleasure. Its indescribable excess seduces us in an already crafted dream world and forces us to pick a dream and live in it.

The Grand Tour is not anymore reserved for a privileged elite. Jump in the next plane for Hanoi, the North Pole or Mars. Identity and meaning is also provided here. Choose your tribe, register yourself into a culture and buy into a lifestyle and the products to sustain it. Utopia is just one frame away and you have a duty to be part of it.

But a desire is never a desire for a certain thing. It is always a desire for desire itself. A desire to continue to desire. Edward Louis Bernays knew all of these. Now, who is Edward Louis Bernays? Well now, even though you are not aware of his name, even more his doings, Bernays is the man to whom you own the form of your dreams. He taught the modern world how and what to desire. For Bernays is known as the father of public relations and advertisement. Author of books like «Crystallizing Public Opinion» and «Propaganda» and a frantic reader of Gustave Le Bon, Wilfred Trotter and other theorists of mass psychology – actually the greater of them all, Sigmund Freud, was his uncle – Bernays foresaw our collective emotional weakness and our vulnerability to manipulation and propaganda. So he used the tools of theory to manipulate our desire to desire.

The market has since moved forward. Its practices are more subtle and refined. The dream factories are working day and night, 24/7, and we are all part of its labour force. We, from the humble content creator up to the top influencers, are all part of the social (media) strata that produce fictional dream frames and drag the rest of the world into the game of desire.

But no matter how obscure they may be, there are so many consequences and implications related to this massive spectacle. First of all, this Utopia is almost total. It intrudes into our most private sphere and violates the space and time reserved for reflection. A precondition to be responsible public beings is the existence of an undisturbed private sphere to reflect on our rights as humans, on our demands as citizens, on our responsibilities as social animals etc. Now there is not such thing as an undisturbed privacy. In our most private of our spaces, our bed, the vibrations and alarming notifications keep us awake. Such is our dependence from our smartphones, that a certain amount of scientists argue that people stealing a self-phone should be brought to justice and tried as if they would have physically harmed their victim. According to their theory, regarding the amount of memories and ideas stored in our self-phones, they should be treated as an external part of our brain and our body, and its retrieval should be considered a physical act of violence. And there is no such thing as a public man. We are all narrowed down and are turned into a part of a data sum that helps A.I to detect the statistical patterns in data sets and form new approaches in sales and advertisement.

Second and most important, no matter what the dream factory promises, there are not enough guitar pieces for us all. The carrying capacity of the planet is incompatible with the qualities and quantities of our desires and dreams.

Moreover the fictional demonstration of happiness is simply that: fictional. And it is directly related to the mass waves of mental health dysfunctions, depression and social disintegration. Our dreams are established upon the fractal, the viral reproduction of individuals that have been culturally cloned. It sustains radical interiority. And the base of its success is to leave its promises  unfulfilled. You will never get the pleasure promised in this frame. But try the next one. Maybe you will find it there. The more you drink the more thirsty you get. And this regenerates an infinite game of excess and consumption.

But can we stop this hectic circulation and distribution of crafted dreams? I doubt that knowledge is enough to provide a solution. Because we are dealing with emotions here. Bernays and his successors were gaming with the psyche and knowledge or reason are too weak to deal with habits and patterns based on emotional manipulation.

But aren’t there any survivors of this massive society of the spectacle? There are those who do not fit into the domain of the show and are usually considered either priceless or worthless, meaning that they cannot be valued, because they are different.

Maybe the solution lies in this dispersed unapologetic differentiation, in a social implosion of “suis generis” personas that do not feel obliged to transform themselves into idols and perfect versions of precrafted selves. There is no such thing as a perfect individual. Each and every one of us has disadvantages. But there are Utopias for all us imperfect beings. And the time is now to replace these individuated dreams with more collective and collectively expressed Utopias. We have so many things to fight for into this mess.